Heinley complained with a long face.

His beautiful smile faded, then he lowered his head, visibly grim. So I withdrew my hand, gave him back his handkerchief, and returned to my seat.

“Is McKenna the blue bird?”

When I asked him again, Heinley looked around the room as if he were in trouble.

But in the end, he couldn’t take it anymore and with a slight sigh, he admitted,

My mouth opened by itself. Although I was almost certain, it was still amazing.

I couldn’t believe that a person could be a bird…

This was really amazing.

Additionally, that bird was one of Heinley’s subordinates.

Could it be that this tribe really existed?

I asked, without hiding my curiosity.

“So, is Sir McKenna a member of the Bird Headed Tribe?”

Heinley didn’t answer right away, as he started laughing frantically as soon as he heard my question.

First it was Duke Elgy, and now Heinley…

I bit my lower lip and stared at Heinley.

I know it sounds a little strange when I uttered the name of the tribe, but it’s not my fault.

The problem was naming it that way in the first place.

Heinley bit his lips hard to contain his laughter and nodded.

However, it took him about three minutes to respond correctly.

“That’s true, but it’s better not to call it that, Queen.”

“Oh. Has it changed its name?”

Come to think of it, that name was given by those who were against them. I thought it was rude, so I nodded and asked.

“Then why not change the name?”

“Instead of Bird Headed Tribe—”

Heinley bit his lips again as his shoulders shook, so I decided to avoid that tribe’s name as much as possible.

“By the way, Queen, where did you hear that information?”

“I heard it from the court mage.”

Heinley raised his eyebrows and smiled coldly. Although he was smiling, he looked serious.

What’s wrong? Was it confidential?

When I looked at him worried, Heinley smiled as if it was no big deal.

“It’s confidential… is that it?”

I was very worried, but when I asked him, Heinley waved his hand.

“You have a gloomy expression……”

“It’s just, there are certainly many talented people in the Eastern Empire.”

Heinley seemed to love his country more than I imagined.

It was admirable, but from my position as Queen of the Western Kingdom and a native of the Eastern Empire, it was a difficult statement to answer.

I simply nodded, and asked another question when he seemed to be feeling better.

“There is one more thing I would like to ask you.”

Instead of saying ‘ask me anything’ as before. This time, Heinley smiled anxiously, afraid of what I would say.

I looked him in the eye and asked him more carefully this time.

“Perhaps… Queen is also a bird of that tribe?”

“Is Queen also one of your subordinates?”

Heinley shuddered, put his hands together and looked down.

Although he seemed to be standing still, I could see his hair shaking a little.

I tilted my head and looked at him intently. Heinley remained in that state for a while before asking.

“If Queen is also a person… would that make you feel bad?”

Queen, who brought me a cake, cried for me, spread his wings and hugged me.

I hesitated to answer, “A little.”

It’s not that Queen did anything to me that would make me feel bad, but that I was too open with him. That was the reason.

Now that I think about it, Queen always turned away when I changed clothes, and he never tried to kiss me. When I hugged him, he would get as stiff as a doll.

This was the problem, I had hugged him, kissed him, and changed clothes in front of Queen.

It didn’t matter if Queen was just a bird, but it would be truly embarrassing if Queen was one of my husband’s subordinates.

Heinley smiled awkwardly and muttered, “I see,” hurriedly burying the fork in the lunchbox.

“Th-This is delicious, too.”

“So in the end you couldn’t tell her?”

The next day, McKenna listened to Heinley as he recalled the incident, and clicked his tongue.

Heinley was lying on his desk, covering his head with both hands.

“She would feel bad. At that moment my hair became white with anxiety.”

“Fortunately, I was never as close to the Queen as you were.”

“I am a very independent bird,” added McKenna with a proud smile.

Heinley looked at him with disdain and sighed.

He feared that Navier would look at him coldly and despise him when she knew the truth.

Her cold, cruel eyes were so attractive that it caused shivers down the spine just to look at them, but he did not want those eyes to show hostility to him.

Eventually, McKenna clicked his tongue again while Heinley was suffering in silence.

“You can’t hide it forever.”

Everything about his tribe was confidential, not to be talked about openly. But family was the exception, so now he could tell Navier.

In fact, he had been preparing to reveal Queen’s secret to Navier.

Heinley sighed and raised his head.

“I will do so when her ladies-in-waiting from the Eastern Empire arrive.”

What is the reason? McKenna swallowed his words, but Heinley responded, realizing what he meant.

“You need someone to comfort you when you’re in shock.”

He was already convinced that Navier would be deeply shocked.

McKenna didn’t know that Navier had patted Queen on his rear, kissed him, hugged him and cried by his side. He clicked his tongue thinking,

‘His Majesty is really strange.’

However, when he left the room, he also became anxious, and hesitated.

‘I have nothing to do with it… right?’

‘Why was Heinley so anxious?’

I fell asleep thinking about it.

It was also the first thing that came to mind when I woke up in the morning.

As I was washing my face, brushing my teeth, taking a bath, looking at the dress Rose rushed to bring me, putting it on and doing my hair… Even when I coughed while eating a very spicy dish that I had never tasted before in the Eastern Empire, Heinley’s anxious expression didn’t disappear from my mind.

The reason for his anxiety was not entirely unknown. In fact, I had an idea.

Perhaps because Heinley is Queen, and that was why he was so surprised?

If Heinley had been a little calmer, I wouldn’t have thought about it.

If he was not Queen himself, why was he so surprised?

“Where would you like to go today, Your Majesty?”

The members of the Bird… Tribe must definitely be related by blood.

Heinley and McKenna are cousins.

Until now I had thought McKenna’s maternal line was from the Bird… Tribe.

Because of the prejudice that a country’s royal family would not be of the Bird… Tribe.

But what if it was unexpectedly the paternal line?

Then both Heinley and McKenna could be human birds.

Everything fitted perfectly with the fact that Heinley was Queen.

Besides, didn’t Queen and Heinley have purple eyes and golden hair?

The more I thought about it, the more I felt the shivers.

I covered my mouth with both hands as I remembered the soft body of Queen. 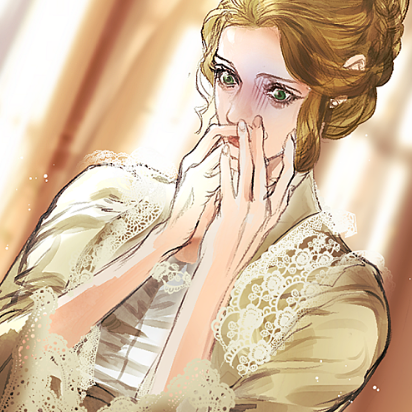