On the return trip silence reigned inside the carriage.

Rashta did not speak as excitedly as before, and Sovieshu said nothing as he stared out the window.

Rashta put her hand on her bulging belly and looked at Sovieshu several times.

Seeing that Sovieshu said nothing as if his soul had been drained, she couldn’t help but speak first,

“Your Majesty. Is there anything you would like to say to Rashta?”

Finally when Sovieshu looked at Rashta she lifted her hand from her belly.

After an odd three-second silence, Sovieshu smiled warmly and lowered his arm leaning against the window.

“What’s wrong? Are you bored?”

“About that certificate… You didn’t say anything to Rashta.”

“When you’re a little stressed, don’t you cry because your belly hurts? If I had told you, you might have collapsed from the shock.”

Once Rashta pursed her lips, Sovieshu sighed, smiled and spoke in a soft tone.

“Come on, don’t be mad. Is there something you want?”

“You’re more lovable than a puppy.”

“In any case, are you trying to say that you don’t need anything now? How thoughtful. I understand your words.”

When Sovieshu looked away again, resting his chin on the windowsill, Rashta’s eyes widened.

‘For real? He really won’t give me anything just because I don’t need it?’

For real! When Sovieshu seemed to be deep in thought again, Rashta finally burst into tears with a small cry.

“Rashta? Why are you crying again?”

“I hate you, Your Majesty. Don’t make fun of Rashta.”

“Just now. You said you wouldn’t give Rashta anything.”

“I thought I understood you didn’t need it?”

“I never meant to say that!”

As Rashta spoke sternly, Sovieshu had a half-smiling, half-twisted expression. 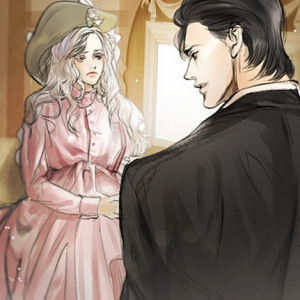 When Rashta stared at him and asked, “What’s wrong?” Sovieshu shook his head with a slight smile.

“Nothing, nothing. What gift do you want?”

“Your Majesty must do something for me.”

“What can I do to improve your mood?”

“Why do you name Navier?”

“When have I compared you to her?”

“You said harshly that you didn’t expect Rashta to measure up to Empress Navier.”

While Sovieshu and Rashta returned to the Eastern Empire.

Heinley called a few close aides, including McKenna, into his office to discuss what had happened after he proclaimed himself Emperor.

Even before he proclaimed himself Emperor, the Western Kingdom was already showing the status of an empire, but as it formally moved from kingdom to empire, all official documents needed to be replaced…

The same applied to diplomatic processes.

Heinley quickly flipped through the documents, and checked the details of the meetings with diplomatic delegations during the wedding celebrations.

Most countries honored the Western Empire and its Emperor, but some were dissatisfied.

“Have a delegation visit this group of countries and this other group alternately.”

“Would it not be better to treat both groups of countries differently? Those who honored us and those who did not.”

“And we must also find out if those who honored us as an empire, it was not just because of the moment.”

“Have a report drawn up considering this.”

As he did this, he suddenly laughed.

“It will be a hellish month for the Ministry of Foreign Affairs with all the work to be done.”

“Only just the Ministry of Foreign Affairs?”

“Isn’t Marquis Ketron the reason you can finish it all at once?”

Once he ascended to the throne, Heinley quickly replaced those he did not consider necessary, and left in their original positions those he believed essential, one of which was Marquis Ketron.

Marquis Ketron had served as Foreign Affairs Minister since the former king, Wharton III. He was also one of Christa’s closest aides.

Although he was a thorn in Heinley’s side, so far there was no suitable person to replace him.

So Heinley had no choice but to entrust this position to him.

“He is thorough at least in his own work.”

When he thought of Marquis Ketron, he naturally also thought of the Christa matter.

“His Highness Wharton III, asked you as a last will to take care of your sister-in-law.”

“If Christa went to Compshire’s Mansion on her own, I don’t think anything would happen. But if you forced her, people would talk about it.”

Although he had not been elected to the throne through a political strife between brothers, the position of the weaker older brother, and the healthier, more intelligent younger brother, had been the subject of rumors.

His infertility, the occasional assassination attempts, troubles with the nobility… People took for granted that Heinley was behind it all.

As much as Heinley stepped away from the political scene, suspicious glances seeped into him like blood.

Will Heinley send Christa to Compshire despite the last will of his older brother, his predecessor? Also against Christa’s wish?

Those who liked to make a scandal would find fault with this, too.

Heinley frowned as he remembered Christa approaching him with a handkerchief after his body went stiff from the potion.

She knew he was in a strange condition, but she wiped off the sweat without calling anyone. And her flushed face along with her trembling gaze…

When he attended parties in different countries with Duke Elgy more than a few young ladies looked at him like that.

Heinley knew perfectly well what that expression, and that look, meant.

He could not allow his sister-in-law to stay here after that.

However, his brother’s last will did not represent the only problem.

Navier had already told Heinley not to intervene.

‘So what would Navier think if I kicked Christa out?’

“I’ll have to discuss this matter with my wife first.”

“Compshire’s Mansion is an incredible mansion, in fact it’s like a palace. No, it really is a palace, except it has no facilities to accommodate troops.”

“Yes,I know. It’s a place with a festive atmosphere all year round. I don’t know why she doesn’t want to go there. In that mansion her voice will be heard as the owner of the place, evidently it’s better than being restricted here.”

Heinley chuckled, but felt a heavy weight on his heart.