“All the people close to Her Majesty seem to be elated.”

“I mean the Troby Family and her ladies-in-waiting.”

McKenna stood beside him with a letter in his hand.

“They haven’t stopped crying and laughing since yesterday.”

The corners of Heinley’s mouth turned up in a warm smile.

“I’m glad they are very happy about the news.”

“Your Majesty, you should join as well.”

“You can do this tomorrow or the day after.”

McKenna, who spoke as if he were sorry, handed Heinley the letter in his hand.

Heinley accepted the letter and asked a question instead of replying.

“Did you see My Queen’s expression when old Duke Zemensia sneered in her face, McKenna?”

“Didn’t she have a smile on her face?”

“What? What were you doing looking at my wife’s expression so closely?”

Heinley snorted and opened the letter McKenna had handed him, thinking to himself that it wasn’t true.

“My Queen had an angry expression. My Queen is only supposed to think of good things since she’s pregnant. This needs to be over with quickly.”

A ruthless smile appeared on his face as he muttered and glanced at the letter.

At that moment, another secretary announced the visit of old Duke Zemensia.

“You sent for me, Your Majesty.”

After the old Duke entered the office, he came within five paces of Heinley’s desk and bowed his head.
He had a nonchalant expression. He did not look like the same person who yesterday turned on the Emperor and Empress to accuse them in front of the nobles.

While McKenna thought that he was indeed an old fox, he took the letter he had shown Heinley.

“I sent for you because I found something interesting, old Duke.”

The old Duke looked up without a trace of emotion. His attitude reflected that, whatever it was, he had nothing to fear.

As soon as Heinley made an eye signal, McKenna handed the letter to the old Duke.

The old Duke asked in a heavy voice, took the letter and opened it. Instantly, his expression tensed slightly.

Chin propped on his hand, Heinley looked at the old Duke as if he found him amused.

Soon after, the old Duke returned the letter to McKenna. He probably lowered his gaze to hide the fear in his eyes.

“What do you think, old Duke?”

Heinley asked with a smile. Then the old Duke answered directly.

“My handwriting has been forged.”

“I have written no such letter, Your Majesty.”

“Is it incredible that you dare to deny it even after seeing the letter in your own handwriting? In the letter it is clearly written, ‘the empress is pregnant, so prepare food that is harmful to the baby in her womb, it must not be poisonous because it will not pass the priest’s check’.”

“Do you think I would leave a letter if I had given that order?”

“Yes, I think so. Why did you leave it, old Duke? Evidence must always be destroyed to avoid inconvenience.”

In the first place, he had not written such a letter. Moreover, he would never leave a letter that could cause trouble. The letter was certainly a fake.

‘No matter how good his little tricks are, he’s still too young.’ Old Duke Zemensia clicked his tongue inwardly.

“Are you taking revenge because I brought up the recent infertility rumor in everyone’s presence? If that’s the case, it makes no sense. Isn’t the Empress already pregnant?”

However, Heinley firmly denied it and rang the small bell on his desk.

There was a clear click of the door being opened.

‘Pathetic, how could my daughter suffer for someone so pathetic?’

Annoyed, the old Duke turned his gaze toward the slowly opening door.

But as soon as the door was completely opened, his eyes widened. The old Duke was stunned.

The woman who entered with a record book gave a dignified and gentle impression. She had dark blue eyes, brown hair… a face much like Christa’s.

But it was not her uncanny resemblance to Christa that surprised old Duke Zemensia. The woman looked very much like Christa, but not to the point where he could not tell any difference.

What surprised the old Duke was the rope around her neck.

“What the hell does this mean…?”

It was clearly a thick rope used to carry out executions by hanging. Even the shape of the knot.

Heinley ignored the old Duke’s reaction and reached out his hand.

The woman gently placed the book in Heinley’s hand and left.

Heinley tapped the desk lightly with one hand to draw the old Duke’s attention back to him, then gave the book a little shake.

“What’s this all about?”

“This is the record of books borrowed from the library, old Duke.”

“What does it have to do with me?”

“Here are the titles of the books your grandson has borrowed.”

“Let’s see…”Heinley, who muttered as he turned the pages, stopped near the middle.

“Food that can be harmful, medications to be careful with, what a pregnant woman should not eat…Heavens. Your grandson has a unique taste in books, don’t you think?”

This was a threat.

He could repeatedly assert that the letter was fake. As long as he did not accept the accusation, he would have no major problems. His popularity in high society might be affected, but that was all.

The emperor could impose punishment on him by his own will, but in that case the nobles would consider the emperor a tyrant.

The young emperor was plagued by bad rumors and even arbitrarily married the empress of the neighboring country. This would further damage the image of the young emperor, who was considered undisciplined and self-centered.

So now Emperor Heinley was threatening him.

He wanted the old duke to acknowledge the fake evidence. Otherwise, his daughter would be hanged.

Even if she wasn’t hanged, Christa would die if Heinley stopped sending her food or poisoned it. If he kept everything closed after killing her, even the fact of her death would be buried.

The emperor before him was not a young man who suddenly ascended the throne. He was a cunning man who carried out ruthless plans under a smiling face. 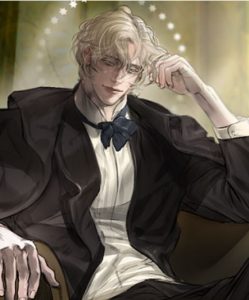 Once he closed the record book, Heinley urged the old Duke Zemensia in a kindly voice.

“Is this letter a fake? Or is your grandson just too curious?”