“However, I’m a little curious. What about me upset you so much that you tried to kill me?”

“Miss Evely. It’s a mistake. We have been mean to you, but we have no connection to the attempt to kill you. Really.”

“Tell that to the judge.”

Evely spoke sternly and took another step back. Then she stared at the couple for a moment, laughed casually, and turned to leave.

“It is said that children are a reflection of their parents.”

Evely spoke without turning back to look at the couple. Their expressions stiffened due to her remark, but Evely couldn’t see it. Even if she had seen it, she wouldn’t have cared, as she considered them enemies.

“When I compare you to Rashta, that phrase fits the bill perfectly, although she grew up separated from you. Your other daughter must be just as despicable as the three of you.”

The Isqua couple couldn’t hold back their tears. They wanted to tell her the truth, but neither could speak due to the lumps in their throats. 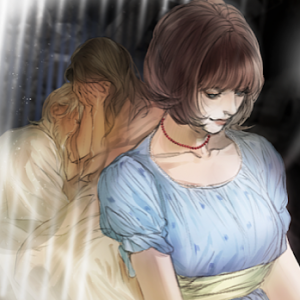 With every echo of Evely’s footsteps on the stairs, their hearts fluttered. When the door slammed shut, they collapsed on the floor and burst into tears.

After a while, Viscountess Isqua clenched her fists and said bitterly,

“We won’t tell her we’re her parents.”

When Viscount Isqua looked at her in surprise, she crossed her arms around her chest and whispered,

Viscount Isqua reflected for a moment, and then he punched the wall with determination.

“We won’t reveal the truth to Evely. But we have to deal with Rashta, who hid our real daughter from us and caused us to hurt her.”

“That’s right. Besides, if Rashta gets her way, she’ll definitely try to hurt Evely.”

“Yes, Rashta might have worsened the carriage incident. She might have ordered the same man we hired to cause an accident that would kill Evely.”

The Isqua’s statements at the trial were true. They had given an order to cause an accident that would scare Evely away. They never ordered the man they hired to kill her.

At the time, they deeply despised Evely, but had no intention of taking her life.

After the incident, they wondered how such a big misunderstanding happened. But, until that moment, they never thought that Rashta could be involved.

However, they changed their minds upon learning that Rashta had hidden Evely’s true identity. Now, Rashta seemed evil enough to order Evely’s assassination.

Rashta was the current empress, so even if they testified against her in Evely’s case she would only receive an insignificant punishment. That wouldn’t be enough to take revenge on Rashta.

“We have to do whatever it takes to remove Rashta from Evely’s life so that she doesn’t hurt her again.”

Heinley suddenly announced that he would test the knowledge and ability in basic martial arts of the noble children who had not made their debut in high society.

I did not understand him at all. Noble families had private tutors to educate their children based on their preferences. Was it really necessary for Heinley to intervene like this?

When I discussed it with my ladies-in-waiting, Rose thought for a while and asked,

“Isn’t it because of the baby that will be born soon?”

“Yes. When the baby grows up, today’s noble children will be in full bloom. He may want to check their qualities beforehand.”

Then Laura chimed in,

“If the age difference is not too great, they could become friends with the baby.”

“I think he is doing this to tease Old Duke Zemensia.”

“There are two children in the Zemensia Family who qualify due to their age, but I heard that they weren’t invited.”

After each of my ladies-in-waiting gave their opinion, their gazes focused on me. They wanted to know my opinion.

I agreed with Countess Jubel.

Heinley went as far as wearing a gift that Sovieshu sent to me to irritate him, so it was not strange that he would do this just to rankle Old Duke Zemensia.

“I think it’s because of the baby that will be born soon.”

I couldn’t be honest about Heinley’s sly nature, so I deliberately sided with Rose and Laura’s generous interpretations. I felt like I was covering for him, which made me feel a little awkward.

In the middle of the conversation, an unexpected guest arrived — Princess Charlotte.

When her arrival was announced, my ladies-in-waiting and I looked at Mastas at the same time. It was not intentional.

Mastas was stunned for a moment, and asked in surprise,

“Why are you all looking at me?”

I couldn’t keep Princess Charlotte waiting long, as she was the princess of a country with which we were reconciling.

She entered the drawing room a few moments later, wearing a form-fitting cream-colored dress with numerous ruffles, and glasses. When I first met her, she seemed to be smart, but now I could have mistaken her for one of the scholars who worked in the imperial palace.

“Your Majesty, how have you been?”

She also had a smooth voice.

“Fine. Have you felt at home here, Princess Charlotte?”

“Yes. I learned a lot about what makes a country powerful while touring the capital. It was certainly useful.”

I couldn’t take my eyes off Mastas as I spoke. She was looking down with a somber expression.

Ah… perhaps she was looking down sadly because she has a grayish stain on the toe of her left shoe.

Once Princess Charlotte left, Mastas seemed more downcast. So much so that my ladies-in-waiting surrounded her with concerned looks.

Mastas turned around with flushed cheeks and walked away. Since then, it was impossible not to believe that Mastas really did like Koshar.

That thought was on my mind until Heinley noticed during dinner.

“Queen? Are you worried about something?”

Just as I was about to answer that it was nothing serious, I suddenly remembered that he had been notorious for being a playboy.

Although he had told me that he just acted like he was a playboy, not everyone could act that way.

If I were asked to play that role, I would act colder than usual out of embarrassment, and if Laura had to do it, she would be so clumsy that it wouldn’t take long for her to dissolve in a fit of laughter.

It was fortunate that I could ask Heinley about romantic relationships.

“Do you know much about romantic relationships?”

Heinley quickly stuck his fork in his mouth and shook his head.

“Don’t you know even a little?”

“No, My Queen. You’re the only woman in my life. I don’t know much about women.”

“Still, you should know at least a little because you were a playboy for so long.”

Many people knew about his past, so didn’t his reaction seem to indicate that he was hiding something?

“So how did you manage to act like a playboy?”

That he avoided my gaze made me even more suspicious.

Suddenly, I wanted to inquire about his past, but… I was able to suppress the urge.

We were finally close and in love with each other. I didn’t want to make the atmosphere uncomfortable, so there was no need to touch on the past.

Besides, I didn’t bring this up to interrogate Heinley about his past. I deliberately smiled casually and put the subject aside,

“I’m not asking about your past. I just want to know your opinion on someone else’s romantic situation.”

“My Queen, as I have no experience in that subject it’s hard to answer, even if you are asking about someone else.”

However, Heinley refused again and focused on his food.

I felt a little upset to hear this so a thought involuntarily came out of my mouth.

“You are damned sly!”

Heinley’s eyes widened, as if he didn’t understand what he had just heard.

I hastily raised my spoon to my mouth and pretended to eat with as much focus as Heinley.

“Cute. Queen is cute. My Queen is very cute.”

McKenna cheerfully entered the office the next morning, but then he heard a terrible noise. He fell into a daze when he saw Heinley dancing in front of the desk. Doubly tormented, he covered his eyes and let out a cry.

“What the hell are you doing so early!?”

McKenna grumbled and removed his hands from his eyes. He couldn’t believe Heinley was singing and dancing so horribly on a sunny day. He considered it an insult to the pleasant weather.

But Heinley was in such a good mood that he reacted to McKenna’s words in good spirits,

“Argh! Stop it already! Why are you acting like a fool so early in the morning? No, you don’t have to tell me. I suppose the Empress told you, ‘Queen is cute.”

“No, I said that My Queen was cute because I was moved by the nickname My Queen gave to me.”

McKenna got goosebumps. ‘Heinley called Empress Navier, who seems to be a combination of ice and iron in a 50/50 ratio… ‘cute’?’

Heinley smiled proudly and covered his cheeks with both hands,

McKenna’s mouth opened wide and he took a step back. Puzzled, he patted his ears.

“She gave me a nickname.”

“But that’s not the way Empress Navier normally speaks.”

“No… she spoke a little differently.”

When Heinley mimicked the way Navier spoke, McKenna’s expression became half mocking and half sympathetic.

“Isn’t that just an insult?”